PMEL is located on NOAA's Western Regional Center about 30 minutes north of the Seattle-Tacoma International Airport, near the Montlake and University District neighborhoods and the University Village Shopping Center.  There is free bike and car parking on WRC. Federal Identification is required to access the WRC.

Driving Directions to PMEL Seattle from airport/downtown using I-5 North: 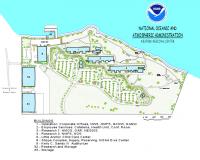 PMEL is located in Building 3 on the WRC Campus. Larger image.