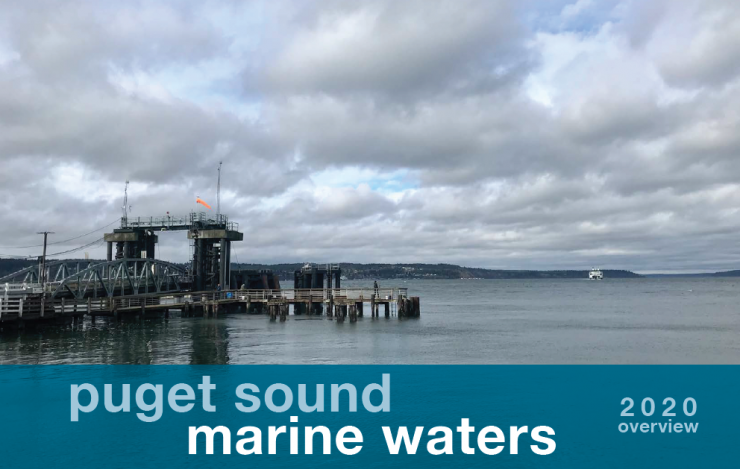 In Puget Sound, ocean acidification (OA) continues as does our understanding of patterns. Annual average atmospheric carbon dioxide (CO2) values over Hood Canal were high relative to globally averaged marine surface air, yet were at the same level as in 2019. OA in Puget Sound is of particular concern as estuarine processes, both natural and human-mediated, can also increase the CO2 content and lower the pH of marine waters. Moreover, coastal upwelling brings deeper waters with naturally higher CO2 concentrations upwards and into Puget Sound via the Strait of Juan de Fuca. Thus, Puget Sound is influenced by a variety of drivers that exacerbate the growing OA signal, making our waters particularly sensitive to these conditions. All of these changes have ramifications for marine food webs and are areas of active current research, including PMEL's  Moored Autonomous pCO2 (MAPCO2TM) system collecting on atmospheric and surface seawater xCO2 (mole fraction of CO2) at the Ćháʔba· mooring off of La Push, WA and at the Cape Elizabeth mooring.

Having high-quality observations of carbon in the coastal environment is important for understanding coastal ocean carbon and its impact throughout the water column and the ecosystem. Learn more about PMEL's Carbon and Ocean Acidification Research.

PMEL in the News

In One Ear: Little bits

Robert Dziak, a scientist with the National Oceanic and Atmospheric Administration Pacific Marine Environmental Laboratory, who is based at the Hatfield Marine Science Center in Newport, has wanted to find out if trees in Oregon were affected by the 1700 earthquake and tsunami for the last...

While scientists can’t say whether a given weather phenomenon has been modified in any way by climate change without some analysis first, the effects of climate change have also been becoming more and more pronounced – sometimes to the point where they’re too obvious to overlook. Michael...

For the first time, a surface drone captured footage of a Category 4 hurricane’s 50-foot waves and 120-mph winds. Chris Meinig is quoted.

PMEL in the News Archive 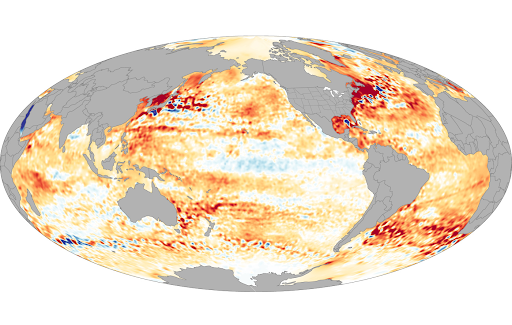 The 31st annual State of the Climate report confirmed that several markers such as sea level, ocean heat content, and permafrost in 2020 once again broke records set just one year prior. 2020 was also among the three warmest years in records dating to the mid-1800s, even with a cooling La Niña influence in the second half of the year. New high... more