Is the Southern Ocean absorbing or emitting carbon dioxide? 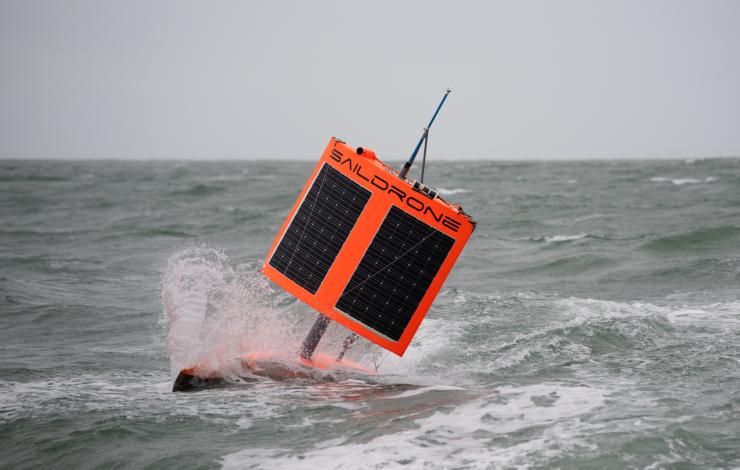 When a saildrone, an uncrewed, instrumented autonomous vehicle, circumnavigated Antarctica during the winter of 2019, it marked a technological triumph over some of the fiercest marine conditions on Earth. Now, analysis of direct measurements collected during this epic voyage are highlighting questions about the vast circumpolar ocean’s role in storing carbon dioxide.  The findings were published in the journal Geophysical Research Letters.

Covering only 30 percent of Earth's ocean surface, the Southern Ocean plays an outsized role in the global climate. It is the meeting point of ocean currents, and an important connector between the atmosphere and deep ocean for the transfer of heat and carbon. Based on measurements collected from ships over several decades, scientists concluded that the Southern Ocean is a major buffer against climate change, absorbing as much as 75 percent of the excess heat and 40 percent of human-generated carbon dioxide (CO2) emissions taken up by the global oceans.

More recently though, biogeochemical measurements taken by autonomous Argo floats between 2014 and 2017 suggest the Southern Ocean’s role as a carbon “sink” that absorbs CO2 is much smaller - perhaps barely any sink at all, said Adrienne Sutton, an oceanographer with NOAA’s Pacific Marine Environmental Laboratory, who is investigating the discrepancy between ship and float data. “If we’re wrong about the Southern Ocean being a strong sink, then where’s all that carbon dioxide going?” Sutton asked. “The answer is important for understanding how the Earth system is responding to climate change.”

Ocean measurements are key to understanding the global carbon cycle, and how the natural ocean and land serve as sinks for carbon and are responding to climate change driven by concentrations of CO2 in the atmosphere. By directly measuring wind speed, along with CO2  in the air and surface seawater, scientists were able to observe CO2 exchange between the ocean and atmosphere every hour during the mission. Using these data, they estimated potential errors in these measurements, as well as potential errors due to other approaches to estimating CO2 exchange.

Although data showed the ocean was both absorbing and emitting CO2 during the voyage, outgassing was prevalent during late fall and early winter in the Indian Ocean sector of the Antarctic Zone, which comprised about one third of the route.

“The outgassing we measured in 2019 was not as strong as the outgassing measured by Argo biogeochemical floats in this same region in 2014 and 2015, so we expect that CO2 flux conditions are highly variable from year to year,” Sutton said.