Four Saildrones Launch on Second Mission to the Tropical Pacific 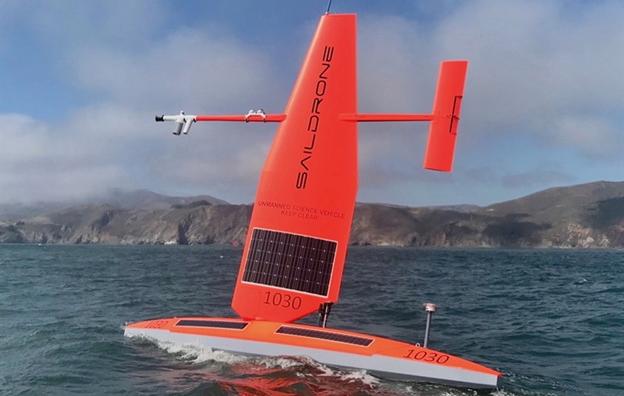 The Saildrone is an autonomous sailing drone currently being explored as a tool to provide high quality oceanic and atmospheric observations (Photo Credit: Saildrone, Inc.).

This week, four saildrones departed from Hawaii on the second mission to the equator in an effort to improve the Tropical Pacific Observing System (TPOS).  NOAA forecasts a 50-55% chance of a weak El Niño developing during September - November 2018, increasing to 65-70% chance during winter 2018-19. The second saildrone mission will thus capture ocean and atmospheric data during this developing El Niño, including changes in ocean temperature, winds, currents and ocean carbon dioxide concentrations.

During the first mission in late 2017-early 2018, La Niña conditions were present. Strong currents and low winds on the equator made navigation challenging. This year, two of the four saildrones have been outfitted with larger, more efficient sails, making them faster and more capable in low wind-strong current environments.

This mission is part of a series of saildrone missions to the tropical Pacific, focusing on how this new technology could best be used within the TPOS to improve longterm weather forecasts.

PMEL began a partnership with Saildrone, Inc. in 2014 to develop the unmanned surface vehicles for collecting high quality oceanic and atmospheric observations. PMEL's Ocean Climate Stations group has been working together with PMEL engineers and Saildrone, Inc. since 2016 to install sensors on the drones with equivalent or better quality than those currently used on TAO moorings for air-sea flux measurements.

This mission is supported by NOAA Research's Global Ocean Monitoring and Observing Program, NOAA's Office of Marine and Aviation Operations and Saildrone, Inc.