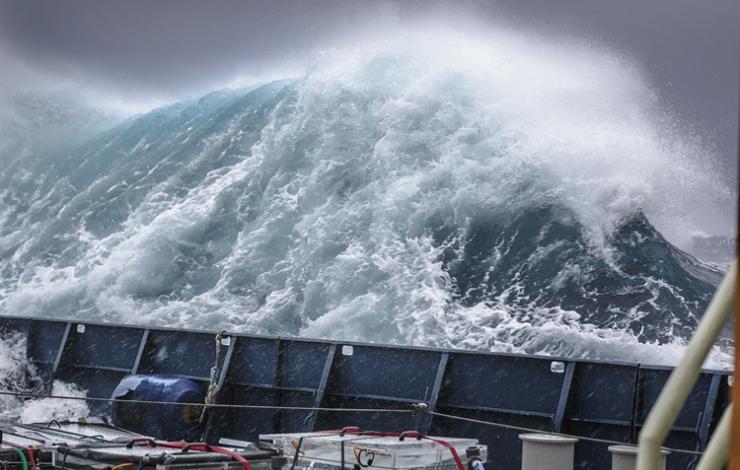 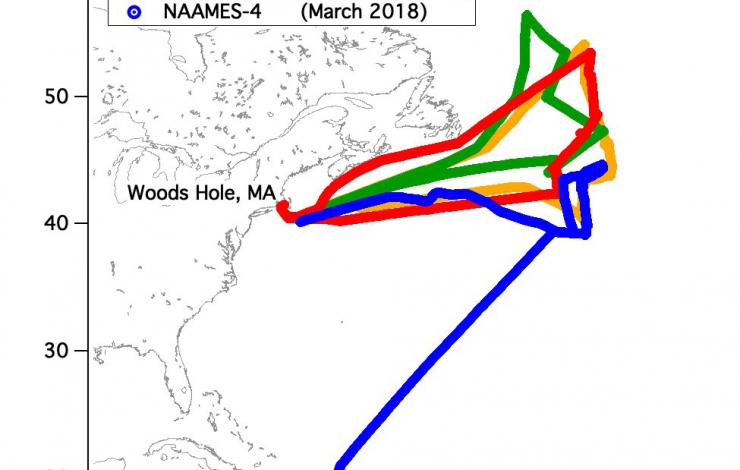 Wave-breaking at the ocean surface transports pockets of air from the atmosphere into the upper few meters of the ocean. This air forms bubbles and as these bubbles rise to the ocean surface they pick up organic compounds associated with ocean biological activity. When the bubbles burst at the surface they release atmospheric aerosols containing those organics plus inorganic sea salt. In addition, dimethylsulfide (DMS), derived from phytoplankton, is transferred from the ocean to the atmosphere. Once in the atmosphere, it is oxidized to form sulfate aerosol. Ocean-derived organics and sulfate from living organisms (biogenic sulfate), along with sea salt aerosol, can act as cloud condensation nuclei (CCN) and take up water vapor to form cloud droplets and impact marine cloud properties such as reflectivity, lifetime, and extent.

The surface ocean is projected to warm by 1.3 to 2.8°C globally over the twenty-first century. Impacts of this warming on plankton blooms, emissions of organics and biogenic sulfate, and cloud properties are highly uncertain. The western North Atlantic hosts the largest annual bloom in the global ocean with a large seasonal variability in plankton biomass and composition. As part of the North Atlantic Aerosol and Marine Ecosystem Study (NAAMES), four research cruises were conducted, each in a different season, in the western North Atlantic between 2015 and 2018 with the objective of finding links between the plankton bloom and marine aerosols:

This series of cruises was the first time the western North Atlantic bloom was systematically sampled during every season with extensive ocean and atmosphere measurements able to assess how changes in the state of the bloom might impact ocean-derived aerosol properties. During these experiments, phytoplankton community composition, seawater volume concentrations, and physiological stress varied widely. NOAA Pacific Marine Environmental Laboratory’s contribution included measurements of unheated and heated aerosol number size distributions, CCN concentrations, and aerosol chemical composition to identify aerosol organics and sulfate that could be related to the state of the bloom. Only periods of clean marine air, as defined by low values of radon (a tracer of continental air), aerosol number concentration, aerosol light absorption (proxy for soot), and calculated air mass back trajectories (the path the sampled air mass traveled before reaching the ship), were used in the analysis to limit the influence of non-marine aerosol components.

CCN concentrations (at 0.1% supersaturation) were best correlated (r2 = 0.73) with biogenic sulfate. No correlation was found between organics and CCN despite season or bloom phase. Sea salt aerosol was only correlated with CCN during November when bloom accumulation had not yet occurred and DMS concentrations were at a minimum. The fraction of CCN attributable to sea salt aerosol was less than 20% during the other three seasons, indicating the limited contribution of sea salt to the CCN population of the western North Atlantic atmosphere. The strongest link between the plankton bloom and aerosol and cloud properties was found to be due to biogenic sulfate.

For more information or to read the full article, visit https://doi.org/10.1029/2019JD031740 [Article at Wiley/AGU/Journal of Geophysical Research Atmospheres]