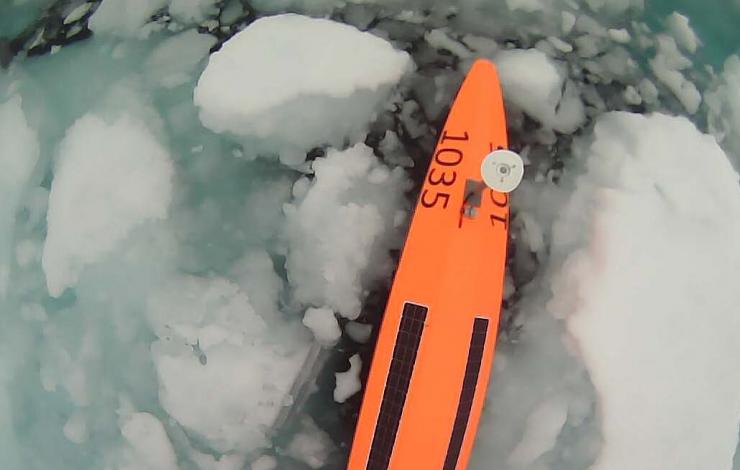 A recent study published in Frontiers in Marine Science identified navigational challenges and opportunities for Arctic study using saildrones. Researchers from NOAA and other affiliates were among those carrying out the mission, where they took five saildrones to the US Arctic to test their remote navigation capabilities in close proximity to ice, while also collecting data to advance our understanding of Arctic weather, climate, and ecosystems. They then compared existing methods and products for remote sea ice navigation, analyzing their abilities in the field. Researchers were also able to identify improvements that can be made to ice navigation tools and strategies in the future.

Automatic navigation in close proximity to sea ice was a key issue identified during this mission. Currently, the pre-programmed course of the saildrone can be adjusted at any time to avoid ice collisions, as long as the researchers are aware of ice locations beforehand. Delays in photo transmission from saildrone cameras and cloud cover obscuring satellite images make identifying ice locations in time to divert saildrones a challenge for researchers. An aim for improving the next generation of saildrones is to develop mechanisms that allow the saildrones to adjust their path autonomously to avoid ice collisions rather than requiring manual intervention.

Deployed from Unalaska, AK, the saildrones moved north through the Chukchi and Beaufort Seas and back south to Alaska. Despite minor damages incurred by ice collisions, all five saildrones and their instruments were recovered successfully, travelling as far as 75.49° N and ∼151°W and covering over 56,000 km of distance.